I believe the death penalty should be abolished throughout our country. State-mandated killing is barbaric. So, how appropriate and exciting is it that my 25th episode of Vibin’ With Tonza would be a conversation with Madhu Swarna.

Madhu is a staff attorney at The Center for Death Penalty Litigation(CDPL). CDPL is a non-profit law firm composed of a dedicated team of people that not only represent people on death row. They also coordinate capital litigation across North Carolina and serve as a “clearinghouse for accurate and timely information on the N.C. death penalty”.

Madhu joined the team at CDPL in 2019 after graduating from New York University School of Law. As an attorney who has been practicing law for twenty years, I am always excited to see new attorneys join the ranks in the fight against injustice across our country. Take a moment to check out my conversation with Madhu. You will not be disappointed. 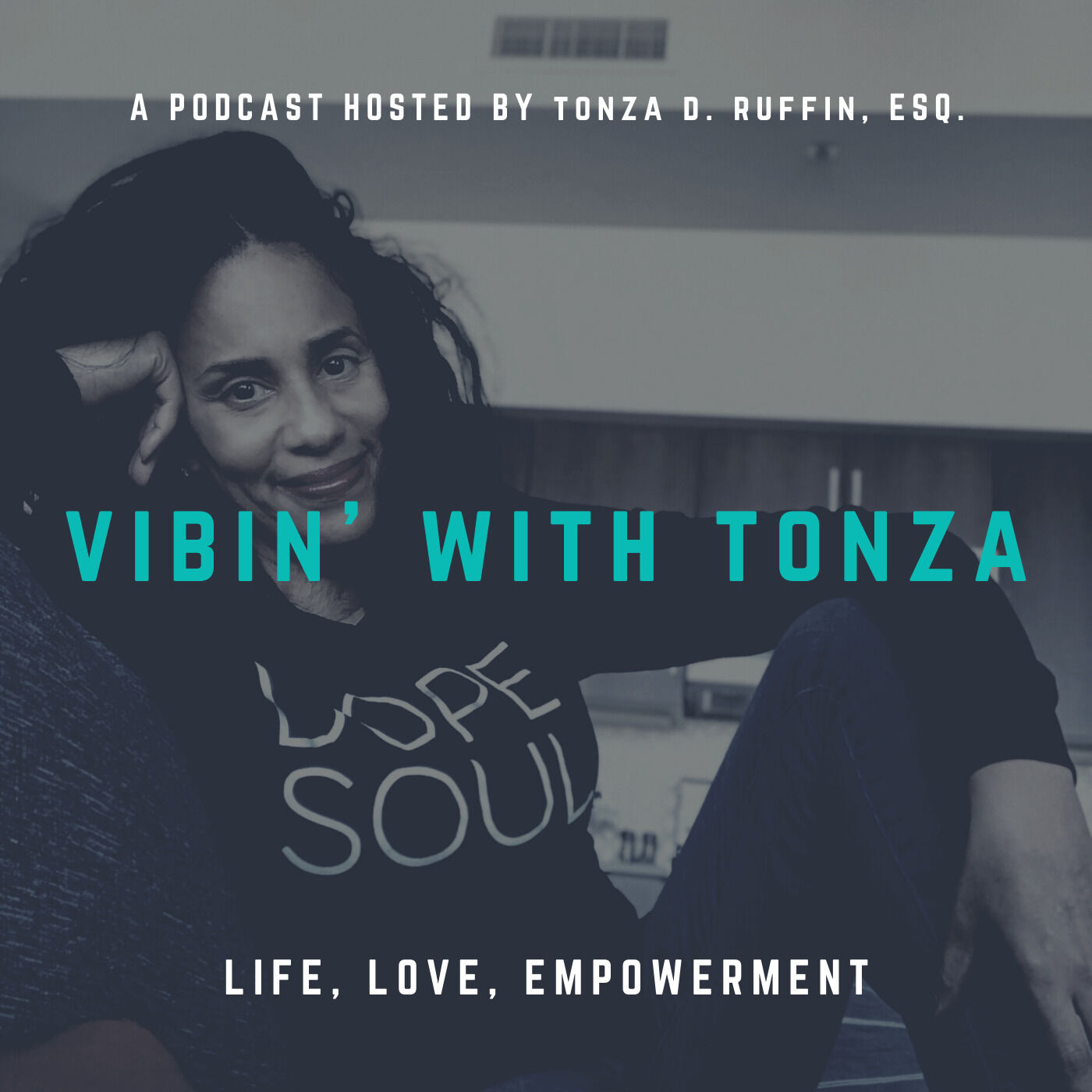 Vibin' With Tanesha Ash-Shakoor, Founder of Voices of Color – Vibin' with Tonza

Tanesha Ash-Shakoor, J.D., was given the opportunity to experience first hand how  sharing her own story of domestic violence could affect the lives of victims and survivors. After sharing her her testimony at a church service one Sunday, a woman in the congregation began to scream.  It was the sound of purpose going forth and a woman being released from thoughts of suicide.  This woman indicated that after service she had planned to commit suicide because she saw no other options after being abused and buried alive.That is when Tanesha Ash-Shakoor knew that the emotional, physical and sexual abuse that she had once endured had to come out and go forth.  She could no longer choose to be silent knowing that her survival wasn’t a mistake.  She could no longer allow the enemy, that silenced her for over a year, to defeat her.  It was time to change her thoughts and she began to no longer see herself as a victim but a survivor. It didn’t happen over night and often times she got ahead of what God had purposed for her.  Brainstorming and then praying, Voices of Color was created.  She began speaking out where ever and whenever she could, freely offering her testimony and an ear to those who wanted to share their testimonies.Voices of Color, the non-profit organization founded by Tanesha Ash-Shakoor is dedicated to educating and preventing domestic violence for all races, ages, sexual orientations, religions, and genders, and actively working toward restoring self empowerment for victims and survivors. HEY! BEFORE YOU GO…Don't forget to go to http://www.tonzadruffin.com and subscribe so that you every new blog post will be sent directly to your email when published.

Perfectly Imperfect but VERY PROUD WOMAN, MOM, LAWYER, and AUTHOR, but most importantly...LIFE LOVER! I laugh loud, I work hard, I play hard, I am adventurous, I am curious, I am driven, I have moments of deep insecurity, I am loving, I am vulnerable, I am explosive (not one of my finer qualities), I dance around my house alone, I am an awful perfectionist which makes my insecurity worse, I sing out loud in my car without any concern for whose watching, I have trust issues, I do not live through my children, I no longer try to force my children into the mold that I created so that I could feel validated as a mother, I am a risk-taker, I am guarded in my personal life, I am kind, I am grateful. I am so excited about the rest of my life! View all posts by Tonza D. Ruffin

This site uses Akismet to reduce spam. Learn how your comment data is processed.

HAPPY SUNDAY! I’m tired of this narrative as wel

HAPPY THURSDAY Take a moment today to let the wor

HAPPY TUESDAY! So much going on in my life right n

CHALLENGE ACCEPTED!! As you can tell, I’m not as

CHALLENGE ACCEPTED!! My daughters said I must step